Do we want hats?

They're offering the same event again, except this year, they're extending the event to any Stack Exchange community that would like to participate.

The hats they'll offer this year include things like a fedora with a feather pen, for those gifted individuals who fix our posts via editing, and they'll be other types of hats for other actions. The hats shown above were all from last year's event.

These hats will be somewhat holiday-themed and may even be a bit goofy. 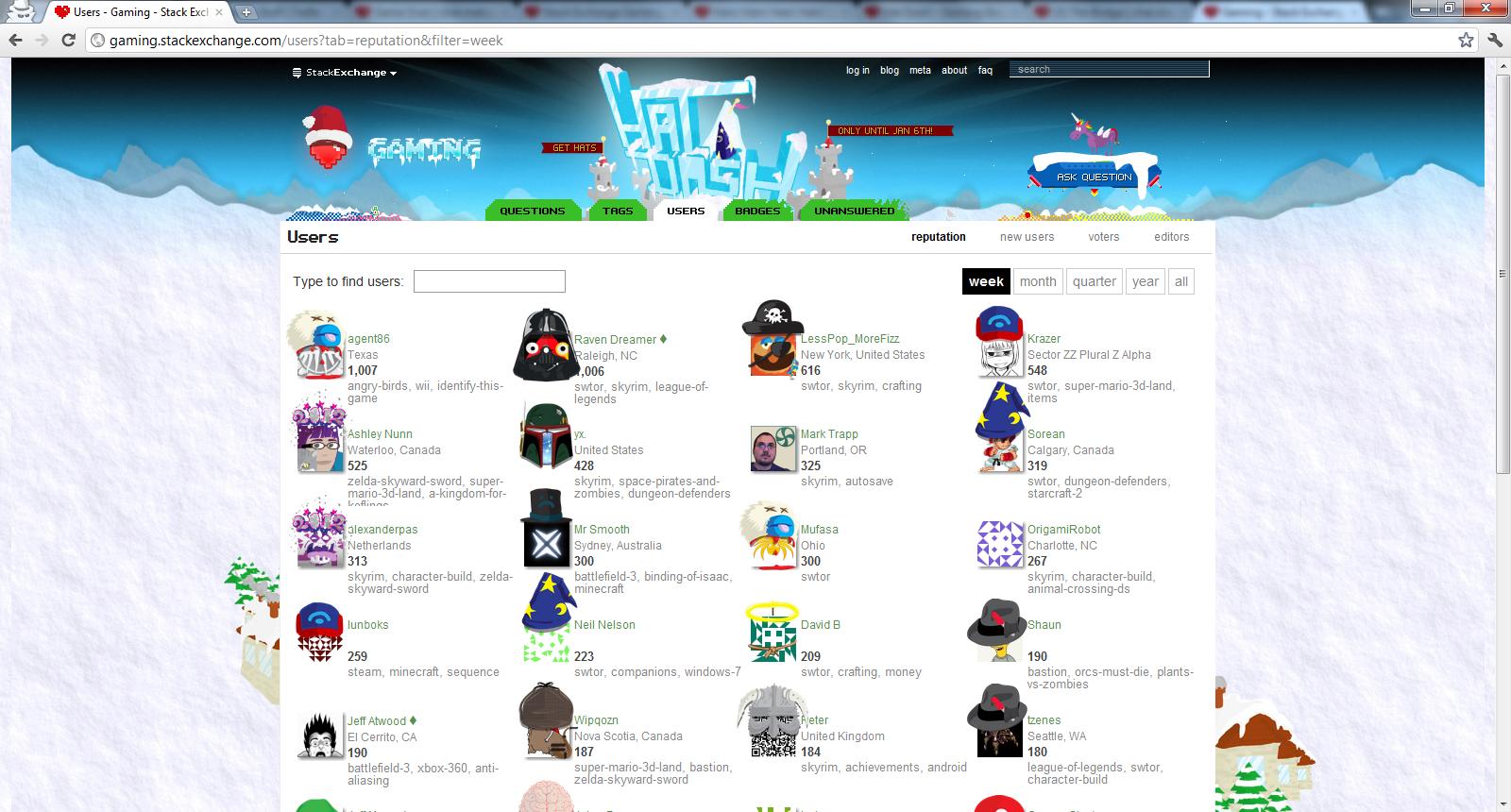 I guess that's not a problem to have some fun during Xtmas time... some hats will add another (funny) way of saying 'thanks!' to our community :)

It's just another (temporary) kind of badge... and is there anyone around who does NOT like badges?

Looks like there's not much interest in hats at this point. I'd propose we set a deadline of Wednesday, 21 November to get more feedback. Then, if we don't hear anything to the contrary, we opt-out.

UPDATE Sounds like the general feeling is that there's no harm in giving it a go.

Welcome!
This site is for discussion about Project Management Stack Exchange. You must have an account there to participate.
Help
Visit chat