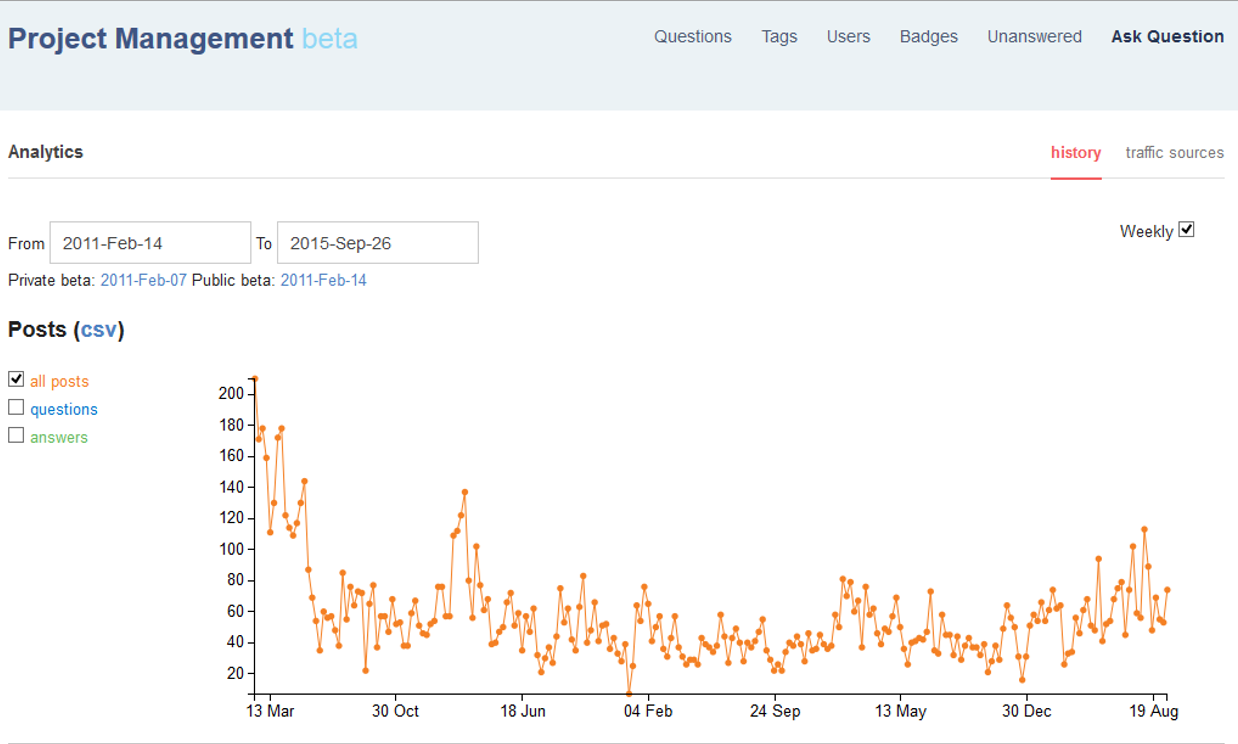 Not the answer you're looking for? Browse other questions tagged .

Welcome!
This site is for discussion about Project Management Stack Exchange. You must have an account there to participate.
Help
Visit chat

5
Looking for Volunteers to help Contribute to Building the Project Management Community
2
Can we post information about the site on AskAboutProjects?
4
Is the questions metric key if the PM site is to avoid being cancelled after beta?
13
Upvoting questions
3
Don't Forget to Vote on Questions and Answers!
5
Revisiting Tool Recommendation Questions
4
Should we accept tool recommendations?
1
Let's get critical: Sep 2013 Site Self-Evaluation
7
This site has been in beta for years, will it ever make it out?
5
Does PM.SE benefit from having Specific tags for each MS Project version?